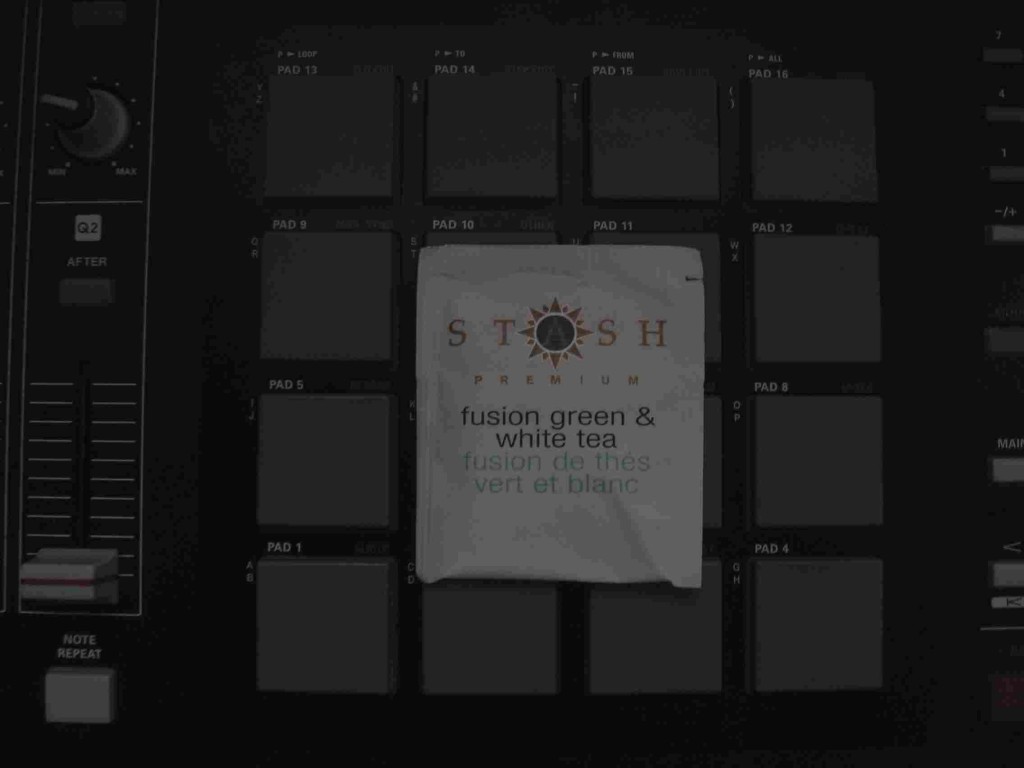 : Dax and I work in marketing and as such have a keen eye for hilarious bogus advertising. First off, let me tell you that the Stash Tea box is one of the fanciest cardboard boxes around. I can tell you that the marketeers at Stash Tea thought about the color scheme and other such nuances for a while. The light green hue gives one a sense that they are receiving some sort of enlightening product, while the austere black at the top of the box gives this white tea, green tea blend an aura of importance. The compass rose around the “A” in Stash Premium lets you know that this tea is from abroad, brought over from the West Indies by English merchants on masted ships. The aura that they are trying to convey is one of premium snobishness, etc, and I love them for it. They even give you hilarious advice on the back to pour hot water in a “pre-heated cup.” Haha! I love this stuff. Unfortunately, despite all the swagger of Stash Premium Tea, the emperor has no clothes. The green and white tea, even at full steep, tastes like water with flavoring, not like tea. It has the earthy, hay-like taste, typical of green teas without capturing the green tea essence. Nothing but lipstick on a pig. Take that Nailin’ Palin.

“This is her, speaking?”

“Ummm, hey umm this is green tea, I was kinda sorta wondering if you wanted to, umm, go to the dance with me?”

And so begins the tell-tale romance between green tea and white tea. Stash tea adopted the offspring of these loving teas and named it Green and White Tea Fusion. Despite the story behind the music, Stash Fusion Green and White Tea is not worth saying much. It has a predominantly green tea base with minuscule hints of white tea. I detect some black tea as well… No matter who was involved, this is an averagetea that I wouldn’t drink for personal tea enjoyment. My tongue informs me that this flavored tea is in the family of those earthy teas that I’ve had, something a non domesticated animal would drink. Almost as good as haaaaaay in the middle of the barn…

No comments Stash Tea
You can follow any responses to this entry through the RSS 2.0 You can skip to the end and leave a response. Pinging is currently not allowed.